Since May 2017, VCCAHT Members have provided human trafficking awareness training to staff in hotels and motels around the county.

With the signing of Senate Bill 970 on September 27, 2018, hotel and motel employers are now required by January 1, 2020, to provide training and education regarding human trafficking awareness to each employee who is likely to interact or come into contact with victims of human trafficking.

Our training educates staff on the definition, as well as the difference between sex trafficking and labor trafficking, gives guidance on how to recognize warning signs within a hotel setting, and helps staff know how to respond should they suspect human trafficking taking place in their hotel.

If you are interested in having us come out to train your staff, contact us at vccaht@gmail.com. We would be happy to come.

A Ventura County judge has sentenced a man to nine years in state prison for his conviction on charges of human trafficking of a minor, pimping, and pandering.

32-year-old James Powell of Sacramento was arrested after investigators discovered him running a sex trafficking operation out of a Camarillo motel in March of 2018.

They discovered he was taking the female juveniles and young adult women throughout the state as part of an extensive commercial sex operation.

The female victims ranged in age from 14 to 22 and most were from the Sacramento area.

One of the victims told investigators she had been beaten and threatened by Powell.

Powell had pleaded guilty to causing a minor to engage in a commercial sex act and pimping.

http://www.kvta.com/news/prison-for-convicted-sex-trafficker-in-ventura-county/   In addition to the nine years in prison, Powell must register as a sex offender.

Male victims of human trafficking are often under-reported and suffer in silence due to shame, stigma and trauma. This summit is designed to help participants identify what constitutes sex and labor trafficking, the signs and prevalence with male survivors, and efforts in place to address this issue here in Ventura County. Two male survivors will share their experiences of being trafficked and their path to achieving safety and autonomy. A panel comprised of local professionals will share their experiences working with identified victims and the local resources available for survivors.

This Summit is for professionals. CEUs are available.

For more information or to register, go to: https://www.eventbrite.com/e/human-trafficking-men-boys-survive-it-too-tickets-68328274709

Two men suspected of sexually trafficking a teenager in Ventura County were arrested in an investigation that also netted a man accused of pimping an adult prostitute, according to authorities.

The investigation began after the Riverside County Sheriff’s Department Office on May 22 notified local authorities that a 16-year-old Riverside girl might be a victim of sexual trafficking here. Local authorities narrowed her location to the Newbury Park area, but she left before investigators could find her. Investigators determined she traveled to the Bakersfield area, then to Madera County and later to Fresno.

The Madera County Sheriff’s Office found her and took her into protective custody May 24, according to authorities.

After conducting interviews and serving several search warrants, investigators determined she had been in Ventura County twice in May.

Investigators said they identified Jovantay Bess, 23, of Fresno, as responsible for sexually trafficking her during the first local incident and Cirsten Joseph, 26, of Newbury Park, as responsible in the second incident. (Read article here) 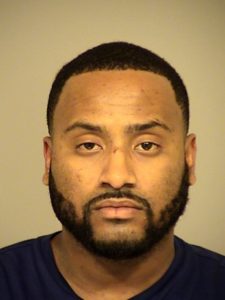 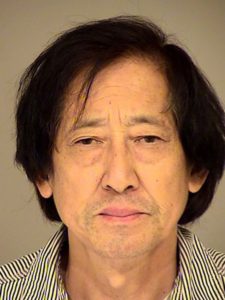 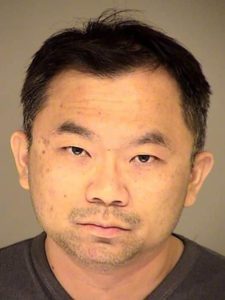